Of late the role of the agent has come under much scrutiny, with many questions around their role and value being asked driven by the rise of new real estate disruptors or enablers. Although offerings like Purple Bricks are not new models they have certainly gained significant attention (and traction) in recent months. Agents are quick to dismiss alternative offerings such as these, jumping on the defensive to, understandably, protect their livelihood. But rather than name call or belittle to justify their existence, agents must self reflect and ask themselves, “why is real estate being identified as an industry ‘ripe’ for change in the first place?”

It is not without cause that agents have been painted with a murky brush, branded no better than used car salesmen, wheeler dealers who will say anything to get a deal done. Many owners have had, and still have, their listings “bought” by agents who win the business by telling them a price they want to hear, only to “educate” them down to a lower asking price when the market is nowhere near their false expectations. Moreover many buyers were duped by dummy bidding and bait pricing, both practices which became so rife that legislation had to be passed to protect the public. Trust with the consumer (buyers, sellers and tenants) has thus been continuously eroded by such short term tactics that it is no wonder there has been an emergence of alternative offerings and a drive for industry wide change.

“The buyer experience has been condensed into a 15-30 minute inspection window, where buyer and agent engagement is typically only as deep as an exchange of contact details and a brochure.”

The days of the reactive, “order taking” agent are numbered. The industry will need to return to a customer service focused offering where agents will treat their customers, the buyers, with greater respect and appreciation. In the earlier years potential purchasers were often personally chauffeured to inspections by agents. This process, although not widely practiced in Australia (but still conducted in other markets like the US or Singapore), made the customer feel special and allowed an agent time to properly qualify the buyers needs, building a relationship with them by providing high quality information. The shift from window display advertisements to print media to online classified has created efficiency in terms of reach however it has also built an environment where customers are simply looked at as a number. The buyer experience has been condensed into a 15-30 minute inspection window, where buyer and agent engagement is typically only as deep as an exchange of contact details and a brochure.

Agents need to accept responsibility for the erosion of consumer trust and the current state of play in order to revitalise and mobilise their industry, else there could be widespread consequences. There is no doubt that there will be a painful culling of the heard, and many agents may become displaced in an environment where only the best will survive. However there will be an emergence of a higher level of agents, those who are recognised as value creators, where their skills in marketing and negotiation will be what sets them apart allowing them to thrive and prosper.

Activities from important industry bodies such as REINSW to improve and maintain agent certifications is a good start. The importance of social proof will also be a key factor in agent selection and subsequent success. The numbers do not lie. Real estate is no different to any other performance based industry where an agent is only as good as their last sale. The agent of the future will be the one who can not only add the most value but can quantify their results through open feedback and testimonials. 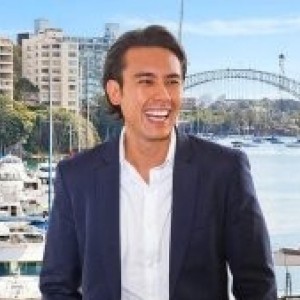 How To Build An Eco-Friendly And Sustainable Home

How to Rent Smart – From Inspection to Application

How To Build An Eco-Friendly And Sustainable Home

How to Rent Smart – From Inspection to Application

The 16 Best Apartment Dogs For Aussies

How to Deal With Real Estate Agents When Buying a Home

What is a Covenant On a Property? A Guide to Real Estate Covenants