Why are en bloc sales gathering momentum this year and what does it mean? After 15 consecutive quarters of declining property prices, are we nearing the bottom of the property cycle in Singapore? It seems that buyers are starting to find current prices attractive at these levels, and buyers are getting used to the property cooling measures in Singapore introduced between 2011 to 2013. Indeed, the latest Urban Redevelopment Authority (URA) flash estimate for private property prices shows a 0.5% increase in Q3 2017.

But while individual property buyers are starting to nibble, property developers have been scooping up en bloc deals by the truckload. While in 2016 we saw deals worth $1B closed, in 2017 we have seen total deals worth $7.332B this year.

Besides the general optimism in the property market, another key factor driving the en bloc fever are foreign property developers entering the market, specifically from China. With ample vacant property inventory in China, their developers are venturing abroad to utilize their excess capacity. For example, Country Garden Holdings Ltd has been developing the massive US$100 billion Forest City project in Johor Bahru, Malaysia, which could house up to 700,000 people. In the en bloc market, Kingsford has just closed a deal for Normanton Park at S$830.1 million, and Sun Rosier was acquired by SingHaiyi Properties and Huajiang International Corporation for S$271 million.

So what does this mean?

Well, firstly, many owners benefiting will be making healthy profits following such en bloc sales. For example, Tampines Court was sold for S$970 million, making it the biggest en bloc sale in 10 years. Each owner there walks away with S$1.71-1.75 million, while most recent resale transactions for the last couple of years have been between S$800k-S$1 million. In another mouth-watering en bloc sale, Eunosville owners will receive S$2.25-2.41 million for each unit, with most recent transactions in the resale market at the end of last year changing hands at S$1-1.3 million.

It is quite likely that many of the owners who enjoyed such windfall profits will look to buy another property, and they should have the buying power to purchase properties in prime areas, if they choose to. This would continue to give some support to property prices over the next few quarters.

Another, albeit more indirect, impact of en bloc sales today is that when the redevelopment is completed in 4-6 years’ time, developers would likely price such new launches at a healthy price level to recoup their initial investment as well as make some profit, which should help prop up future property prices. The caveat is that while we know that the costs incurred by property developers today is high, there is no guarantee that future buyers will be willing to pay the premium demanded.

In summary, the current en bloc enthusiasm is a positive to the Singapore property market (while it lasts), by providing both financial windfalls to some property owners as well as generating more interest in this sector. However, it is certainly no guarantee that prices must rise in the future, so stay prudent. 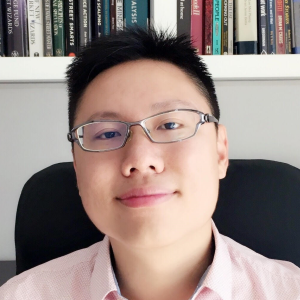 PrevPreviousWhat makes a good investment property?
NextHow to give your property a facelift for under $1000Next

Best Places to Rent in Melbourne