Will the US Cash Rate Hike Derail the Australian Housing Market?

Recent cash rate movements in the U.S. are a cause for concern among Australian homeowners and have given rise to speculation over a potential housing market crash.

What provoked monetary tightening in the U.S?

To combat an economic shutdown that crippled financial markets, the Federal Reserve slashed its federal funds rate at the beginning of the pandemic.

In recent times, demand has far outstripped supply chains that still remain restricted, placing an upward pressure on prices, the fastest 12 month growth in 40 years. This coupled with unprecedented levels of monetary and fiscal stimulus and oil price hikes spurred by the Ukraine conflict, have coincided with the inflation surge.

In an effort to address inflation and restore price stability, the Federal Reserve approved its first cash rate rise since December 2018 by 25 basis points. This will bring the rate into a range of 0.25%-0.5% and will correspond with a hike in the prime rate, placing an upward pressure on financial costs for many forms of consumer borrowing and credit.

The Federal Open Market Committee (FOMC) has also pencilled in further rate hikes this year and three more in 2023.

What does this mean for the Australian property market?

While the Reserve Bank does not necessarily make rate decisions in parallel with the Federal Reserve, it often takes cues from its US counterpart. However, even before the Australian Reserve Bank raises the cash rate, Australians on variable rates are likely to see their repayments rise.

Given Australian banks and financial institutions borrow heavily from offshore markets to finance many fixed-rate mortgage products, when U.S interest rates rise, Australian borrowing costs increase. Since the Federal Reserve decided to increase its cash rate in March, it’s expected that long term borrowing rates in Australia will rise around 0.25%.

Who will bear the brunt of this interest rate hike?

According to industry expert, Robert J Fischer, “this will not affect existing homeowners. Rather, new home buyers who are trying to refinance their existing fixed-rate loans will face reduced borrowing capacity. So, the average housing price is going to slow in the future.”

So let’s play out the scenario in which the Australian Reserve Bank decides to follow suit and raise the cash rate.

If we start with severe financial market predictions, by mid-2023, the RBA is expected to lift the cash rate by 2.15%, with such tightening predicted to begin in May 2022.

This would dramatically impact those with fixed rate mortgages due to expire over the next two years, who will face doubled rates when it comes to refinancing. This scenario would likely result in an Australian housing market price crash.

However, the more plausible scenario would involve the RBA beginning to lift interest rates incrementally once wage growth increases above 3%. Incremental cash rate increases of 0.25% will be enough to place a downward pressure on demand and ensure house prices steadily fall rather than crash.

Browse our finance category. It’s chock full of hacks and advice from industry professionals. And remember to download the Soho app for quicker browsing and property matching. It’s getting you into your dream home faster!

Alexandra is an economist and manager at a multinational professional services firm in Western Australia. A key part of Alexandra's role involves assisting clients when responding to fluctuating economic conditions and building strategies to minimise financial and operational uncertainty. She also hosts her own economics podcast - 'The Shady Economist' - designed to break down topical Australian economics and geopolitics.
Share this article 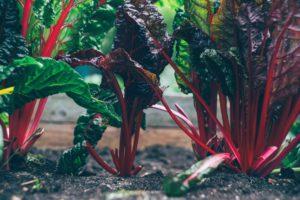