Smoke detectors in your home and laws State by State Smoke detectors are important ensure the safety of your home and proper maintenance of these devices could prove to be lifesaving.

These tips will help to make sure your smoke alarms perform as intended – when you need them the most:

Under Northern Territory law, approved smoke alarms must be installed in all residential premises. As a landlord, you must install a photoelectric type smoke alarm that is either hardwired to your home’s power supply or has a sealed lithium battery unit with a 10-year life. It is the tenants’ responsibility to keep these alarms in good working order. Both home owners and tenants must test each smoke alarm at least once a year.

Smoke Alarm Law in the Tasmania:

Tasmanian building regulations require all new residential buildings and all other residential buildings that have renovations completed for which a building permit is required, to have at least one smoke alarm installed. All smoke alarms must be either mains powered or powered by a 10 year non-removable lithium battery. Tenants are required to ensure the smoke alarm is functioning during the whole tenancy, and should let the owner know as soon as they discover that it is not working. The owner must then repair or replace the alarm as soon as practicable.

Western Australia’s Building Regulations 2012 sets out the requirements for homeowners to have compliant smoke alarms installed where a dwelling is rented under a residential tenancy agreement or made available for such rental. To comply with the Regulations, owners must ensure that the smoke alarms are in working order, are permanently connected to consumer mains power and not more than 10 years old at the time of making the dwelling available for rent. They must also comply with the Building Code of Australia (BCA). The BCA requires smoke alarms to be interconnected where there is more than one alarm. This does not apply to a dwelling constructed on an application for a building permit made before 1 May 2015.

Landlords are responsible for the installation of smoke alarms that comply with new Smoke Alarm legislation, introduced on 1 January 2017. The new legislation specifies that all Queensland dwellings are required to have interconnected photoelectric smoke alarms in all bedrooms, in hallways that connect bedrooms with the rest of the dwelling and on every level.

Visit the Queensland Fire and Emergency Services website for more on the 10-year phased rollout of interconnected photoelectric smoke alarms.

Legislation requires all NSW residents must have at least one working smoke alarm installed on each level of their home. This includes owner occupied, rental properties, relocatable homes, caravans or any other residential building where people sleep.
This has been the law since May 1, 2006 and can include hard-wired or battery powered smoke alarms.

The NSW Fire Brigade recommends where possible that photo-electric smoke alarms are installed in paths of travel between sleeping areas and exits to the open air or to common corridors.

The Residential Tenancies Act 1997 is the main legislation regulating smoke alarms in the ACT and requires all homes to have mains-powered smoke alarms installed. Amendments were made to this legislation and came into effect in 2017.

Remember, it is the responsibility of the landlord to ensure smoke alarms are installed in rental properties and always follow manufacturer’s instructions when installing smoke alarms. 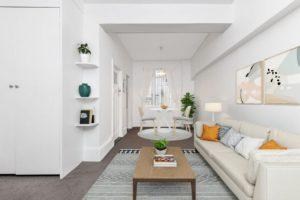