Good Places to Live in Brisbane

Brisbane, the capital of Queensland, is the fastest-growing city in Australia. Home to a few of the most beautiful beaches in the world, this city gets almost ten months of sunshine. Even in winter, it’s rarely below 20°C–bringing sunshine all year round.

The place is also famous for many things–it’s home to koalas, Lamington cakes, the underground opera, the 1982 Commonwealth Games, and late crocodile hunter Steve Irwin’s Australia Zoo. If you’re planning to move here, look no further than this list of affordable suburbs you should keep at the top of your list while looking for real estate in Brisbane.

Narangba is an entirely distinct experience if you want out from the hustle and bustle vibe of the city, although it’s still considered part of the Greater Brisbane area. It’s located in the northwestern suburbs of Moreton Bay Local Government Area (LGA), one of the region’s most rapidly-growing areas. It is accessible from the M1 by travelling north for about an hour.

Hills, valleys, and a lot of woodland green can be found on the outskirts of the country, but it’s only a fast trip to the beaches, which are well-known in the region for their affordable beachside housing, excellent fishing, and fun day trips.

Already decided on moving in? Find out about the cost of conveyancing in Brisbane here.

Because of the upsurge in house construction and local infrastructure planning, this area now offers all the services that families need, including schools, shops, and a train connection. This increase in infrastructure investment has also meant some significant changes in Brisbane’s property market.

Although there is a freshly restored railway station, you’ll need a car to get out this far because the buses aren’t that great, and there are significant distances between outlying centres but that just adds to the sense of escape.

Continuing north inside the Moreton Bay LGA is Scarborough. It boasts a lifestyle that can’t be found anywhere else in Brisbane, as it’s essentially just beach after beach in nearly every direction.

The gem is thirty-five kilometres north of the city centre along the Gateway road onto one of the country’s longest bridges. Scarborough is commonly referred to as the “rich” side of Redcliffe due to the expansive ocean views of both Moreton and Deception Bays and the enormous historical homes that characterise the area. It’s also popular for being the childhood home of the Bee Gees.

The old bay-side suburbs on the north of the river, such as Sandgate and Brighton, are nearly mirror images of one another from one side of Moreton Bay to the other. The quiet coastal lifestyle of the area, alongside the area full of parks, cafes, and lakes, make it perfect for family picnics. Just grab some fish and chips from the local neighbourhood markets and enjoy the views.

Approximately eight kilometres separate you from the Central Business District (CBD). Yeronga, a jewel of an inner-city suburb, has riverfront parks nearby and tons of public transportation options, including a direct train line, frequent city buses, and a CityCat terminus. Despite having relatively few main roads passing through, it’s still close enough to all the region’s major structures.

Holland Park, located nine kilometres from Brisbane City, is one of those forgotten districts that look like they’re “in-between the other suburbs,” but it is now rising to standard as a green neighbourhood that’s also near both the University and the TAFE campuses. It’s excellent for families who work in the city’s inner areas–whatever you might need for shopping and dining is within ten minutes in either direction. Holland Park is also near popular Mount Gravatt.

Ripley, which is part of the city of Ipswich, is a rapidly rising neighbourhood in the southwestern region within a fifty-kilometre radius of Brisbane. A master-planned neighbourhood is included in the area. Another important factor of Ripley is its affordable prices.

Be it Scarborough or Narangba or Ripley–this beach paradise is a wonderful place to call home. No matter where you choose, mountains, rivers, oceans, and sea beaches are all just a stone’s throw away. 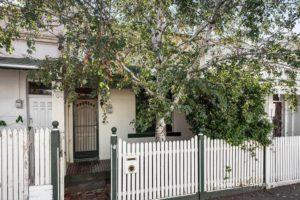 How to Rent a House in Melbourne

How to Rent a House in Melbourne

Renovating an Apartment – What You Can and Can’t Change

A Guide to Furnishing Your First Apartment